The Hidden Language of Maya 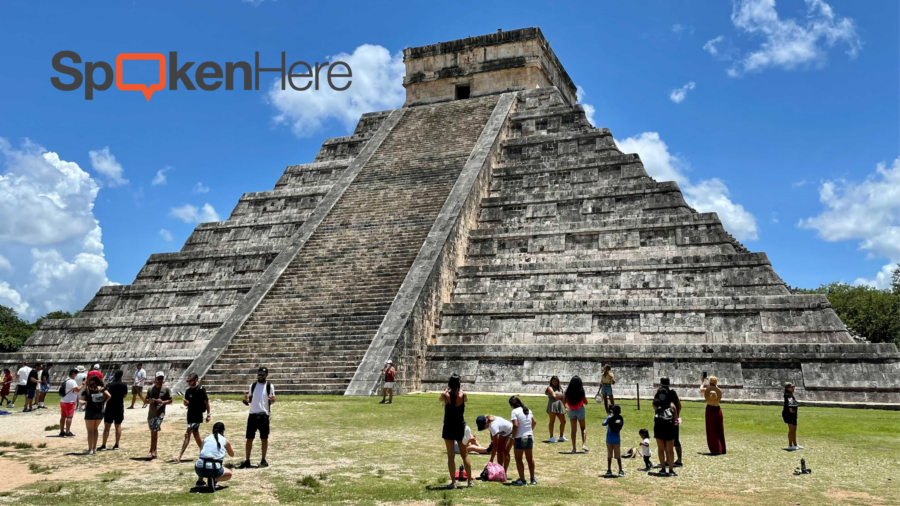 I recently went to Mexico on a father/daughter trip. We visited Mexico City and the Yucatán. While it was my daughter’s first trip to our southern neighbor, it was my sixth time there. I thought I knew Mexico pretty well. What I discovered was that Mexico is not a homogeneous country. It’s probably fair to say that most Americans think of Mexico as being, well, filled with Mexicans. While that is true on a fundamental level and by definition, the reality is much more complex. The fact that “everyone speaks Spanish” masks a rich and interesting history of our amigos south of the Rio Grande. 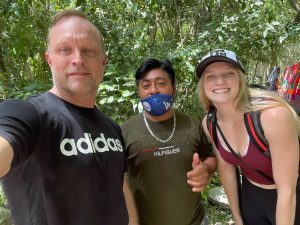 The Variety in Mexican Culture

Today’s Mexicans (immigrants notwithstanding) are descended from many different groups of indigenous peoples, who, themselves, were quite different from one another. Some of the more well-known of these groups are the Aztecs, Mixtecs and Maya. While Spanish has grown to become the dominant language spoken in Mexico since the conquistadors arrived in the 16th century, the truth is there are 62 indigenous languages that are recognized as national languages by the federal government. If you travel beyond the big cities, you’re likely to come across a few and perhaps meet someone who still speaks one of them.

That exact scenario happened to me and my daughter during our trip. We were at the site perhaps most important and sacred to the ancient Maya, Chichen Itza, a complex of pyramids and other stone structures dating back over 1000 years. Despite its status as a well-known tourist destination, it is literally in the middle of nowhere, cut from the dense jungles of the Yucatán. 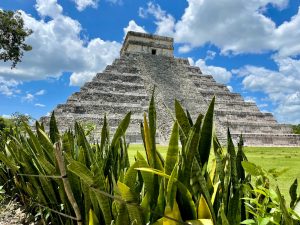 Being in such a remote location and at such an important site, it seemed fitting that we would meet someone who spoke Maya. It sounds NOTHING like Spanish. The man who spoke this old, and seemingly forgotten language, was one of the myriad vendors selling their souvenirs to all the visitors. While he was focused on trying to separate me from my money, I, being the linguist and curious type that I am, kept deflecting his sales pitches by asking him about the Maya and how to say certain things in his other tongue. He eventually ditched his attempt to sell anything to me and immediately became eager to share with us a few phrases (we ended up buying a few things from him anyway).

Did I mention that Maya sounds NOTHING like Spanish? Not only was it fun and interesting to hear what had been spoken regularly for hundreds of years in the same place I now stood, it was also amazing to see his excitement grow when he learned I was more interested in his speaking Maya than buying his wares. THAT is the power of language and communication.

I’ve studied languages for decades. As I stood there sweating in the tropical heat, I was reminded that, much like the glorious structures left hidden deep in the jungle by peoples now long forgotten, there is a treasure trove of other cultures, languages, and customs just beneath the surface of our everyday lives. You just need to go on an adventure to find it.