Is Your Body Language Lost in Translation? 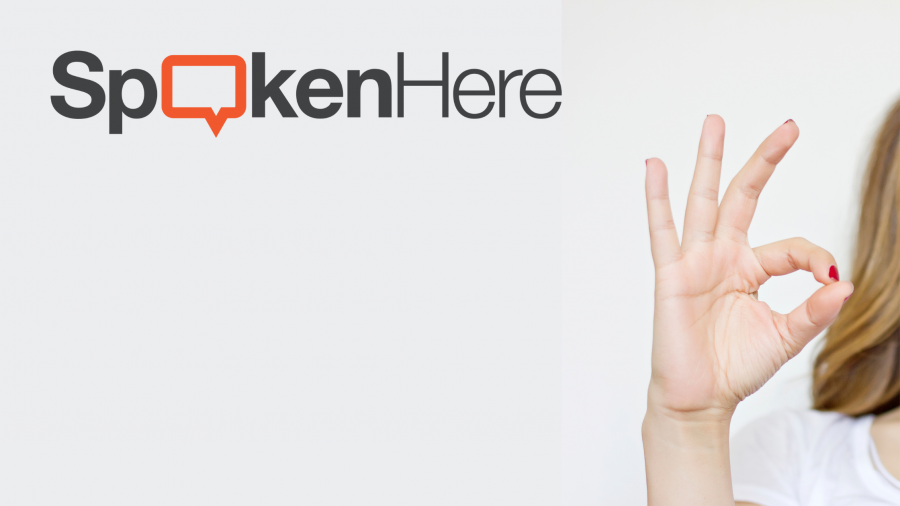 It may come as no surprise, but non-verbal communication plays a crucial part in how we understand each other. This is especially true when two communicators are from different cultural backgrounds. As we discussed in another recent blog post, context and subtle body language are where meaning gets lost in translation the most.

So how much do non-verbal cues matter when interpreting multilingual conversations? While there is some variation between cultures (some are more high context, where social hierarchies and relationship speak volumes; others are low context, where words will matter more), it is safe to say at least 70% of communication is transmitted through non-verbal cues.

This may make you wonder what your non-verbal “statements” are saying to customers and employees from different cultures. Are you making insulting mistakes or losing business because of non-verbal missteps? Read on for some insight on this!

Eye-contact, tone of voice, handshakes – the proper use of these cues will often vary between cultures. There are even common Western hand gestures that have the OPPOSITE meanings in Eastern cultures, or meanings that are offensive.

Another example is the acceptability of certain proximity. While some cultures are open to physical contact, like hugging, others very much prefer their space. In fact, a recent study by researchers from the University of Oxford and Aalto University produced a “Touchability Index” of different European countries, and found that Europeans from different countries had vastly differing feelings about a hug. Huggers in Finland might receive a warm welcome, but British respondents were icy to the hugging idea.

English zoologist and human sociobiology researcher Desmond Morris shares some helpful perspective on this topic in the video below. Morris points out that even a gesture as benign as a handshake is far from universal. It has countless variations in different cultures, each with slightly different meanings and understandings:

So How Does Non-Verbal Communication Impact Global Businesses?

If you’re wondering how non-verbal communication such as body language plays out during international business meetings and transactions, there are a lot of variables to keep in mind. A good impression is essential where money, goods, or services are changing hands, so you’ll want to avoid blind spots.

This helpful article from Forbes details many more of these etiquette differences. Physical contact, for example, would be unacceptable to most British business people, while shoulder touching and even bumping into each other would be acceptable in Chinese business.

Without an interpreter to guide these interactions, it would be easy to appear as cold to some cultures or overly familiar to others.

So just how easy is it to make disastrous non-verbal slip-ups during cross-cultural interactions? If you’ve made a few of your own mistakes in this department, it may comfort you to know that you’re FAR from alone!

When George W. Bush used the bull horns hand gesture, signaling support of the University of Texas Longhorns, Norwegians interpreted the gesture very differently. A Norwegian newspaper mistook it as a salute to Satan, as the symbol was used often in the dark heavy metal scene of Norway.

Bush Sr. experienced a similar mishap when attempting to give the “V for victory” sign, popularized by Winston Churchill, to a group of Australian protesters. Unfortunately, the gesture he gave with his palm facing inward was seen as an equivalent to “giving the finger” in Australian culture at the time.

Similar mistakes are made during business and diplomacy meetings all over the world when they aren’t facilitated by trained interpreters. An interpreter who has a deep understanding of the target culture acts as a cross-cultural liaison to prevent unfortunate errors.

A Skilled Interpreter Can Help You Avoid a Miscommunication

SpokenHere’s Remote Interpreting service exists to help you manage these communication challenges. It’s not enough just to understand a language, our team is versed in the cultural contexts and non-verbal cues that facilitate true understanding between parties. Our Video Remote Interpreting offers you access to an interpreter who can read both verbal and non-verbal messages, and guide you through each step of conversation.

A highly-skilled SpokenHere interpreter is trained to be fluent in the target culture, not just in the target vocabulary, and this breadth of knowledge allows for the best possible experience. In addition, a Video Remote Interpreter not only provides a fast and responsive solution, but also a much more affordable alternative to in-person interpreters.

So are you in need of a cultural liaison? Get in touch with us today and let us provide you with a demonstration on how we can meet your needs.