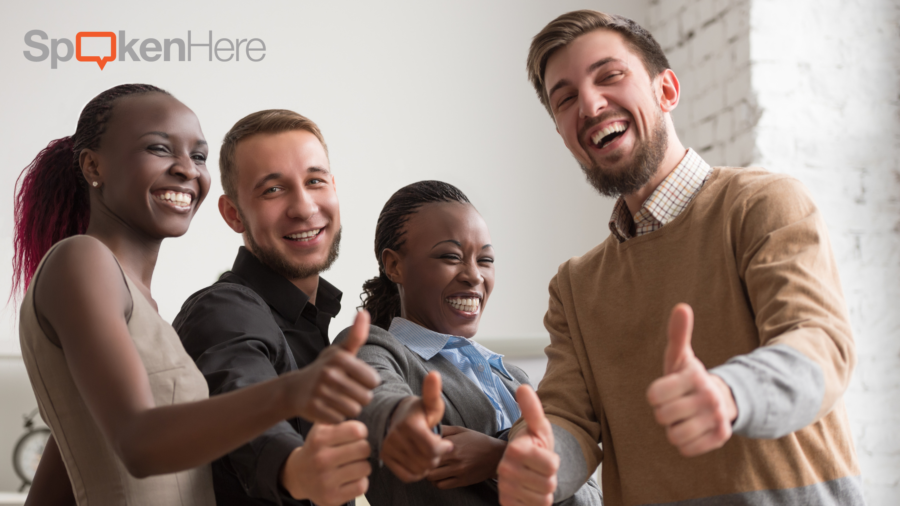 Whether helping a customer or traveling to another country, cultural context could affect your communication

If you’ve ever completely misunderstood what someone was trying to communicate because of something “you should have known,” then you’ve experienced how context can quickly derail an interaction. Communication difficulties in the way two people interpret the context of a conversation can happen in many situations–family gatherings, religious congregations, even small towns. These differences become the most challenging when the two communicators are from cultures that rely on context to different degrees.

What is Context in Communication?

According to the Oxford Learner’s Dictionary, context is defined as “the situation in which something happens and that helps you to understand it.” What this means in reference to communicating with someone is how we decode messages can change based on who we are with, where we are, what is happening around us, our opinions and beliefs, our shared values and experiences, our non-verbal cues… the list goes on. Context is something internalized and hard to explain to others from a different background. We use context to help decipher interactions or ideas without being conscious we’re doing it.

If you’re still a little confused about how context can cause miscommunication, here’s an example:

In some cultures, an offer of coffee after a meal is considered a polite way to indicate to the guests they should leave soon. In other cultures, an offer of coffee, at a similar occasion, is an act of kindness or an invitation to the guests to stay longer. If people from different cultural backgrounds (let’s say the host is from Culture “A” and the guests are from Culture “B”) are unaware of these differences, it could easily lead to an awkward situation.

High context societies and groups are those where people tend to have close connections over a long period of time. Because of this, certain behaviors and expectations aren’t made explicit because most members learned what to do and think from years of interactions with each other. When communicating, a person from a high context culture may not verbally state the precise intent of their message, but instead expects the receiver to read between the lines using their contextual understanding. In these cultures, non-verbal cues like tone of voice, eye contact, gestures, and facial expressions carry a great deal of meaning.

In contrast, in low context societies behaviors, beliefs, and expectations are more openly spelled out. These cultures rely much less on context to convey meaning and instead state their messages more directly and explicitly. The essence of a communication is conveyed by the precise words used and very little is conveyed by nonverbal or situational means to minimize doubt.

No culture is completely high or low context. Below is an idea of where some notable cultures fall on the context scale: 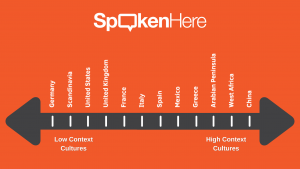 Using a Skilled Interpreter or Translator is Important

People speak, for example, Spanish, in many countries on multiple continents. However, even though two people speak the same language, if they are from different countries/cultures, they can interpret things differently. In a similar way, the cultural context of a multicultural audience will cause your conversations or text to be received in many different ways without the assistance of a skilled interpreter or translator with knowledge of the culture you’re communicating to.

Video Remote Interpreting, or VRI, can provide an easy solution for a company needing to facilitate communication with a limited-English customer or employee, between members of multilingual teams, or with international clients and partners. Having a skilled linguistic and cultural liaison present through VRI can make the difference in solving a problem or closing a deal across cultural barriers.

Because VRI services do not require the interpreter to be there in person, companies can cut costs over using in-person interpreters while keeping the ability to interpret non-verbal cues and other contextual information. By using interpreters that have cultural fluency specific to the target culture, the chance of a successful interaction increases exponentially. SpokenHere provides on-demand VRI services charged by the minute, with no minimum call times or monthly fees. SpokenHere’s ConnectNow remote interpretation platform allows you to connect with culturally informed interpreters instantly from your desktop, tablet, or even mobile device.

Localization, a step beyond standard translation, provides a solution for a company needing to create anything from accurate websites, to employee documentation, technical documents, multimedia, and marketing materials. SpokenHere’s localization service includes more than rewriting text into a different language, because it focuses on adapting your complete message to a specific audience and location. It addresses other aspects such as adapting graphics, using appropriate date and time formats, and adopting cultural references, among many other details.

When you find yourself in a situation that calls for a skilled linguistic and cultural liaison, we’re here to help. Contact us to learn more and view a demonstration.

By the time June rolls around, the warmer weather and sunshine are a welcome sign that summer has arrived. The first official day of summer happens each year on the…