Why Is Google Translate so Bad? 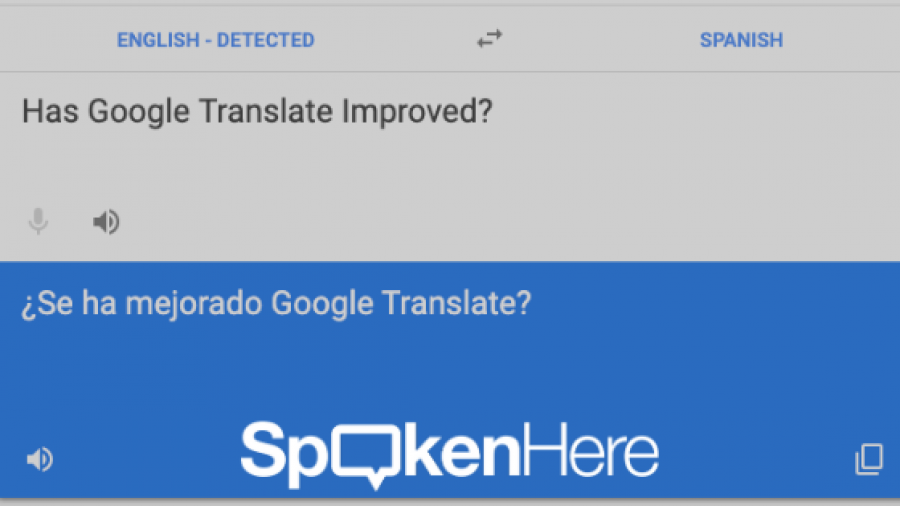 Google Translate is a free service that promises to translate text quickly and accurately from one language to another. It almost seems too good to be true, right? Unfortunately, it is. The issues with Google Translate stem from the fact that the translations are created from an algorithm based on probability with no considerations for cultural sensitivities or proper formatting.  Further, it is not personally committed to anyone who uses the service, so when it gets something wrong, there is no accountability.  Simply put, Google Translate is a risky and irresponsible choice for anyone needing professional translations.

It relies on probability, not accuracy.

Google Translate operates off of what is known as Statistical Machine Translation (SMT). Basically, what SMT does is reference all available human-translated documents since 1957 and tries to match strings of texts from one language to another. Using SMT, Google Translate chooses the text string that is the most probable to be a match for the source text string. In practice, this method works with a modest degree of success with very simple sentences and words when translating between similar languages. However, because languages are filled with idiosyncrasies and “exceptions to the rule,” there exists an extremely high margin of error when translating anything of substance between two languages. This margin of error becomes even greater when the two languages belong to different language families.

It is culturally insensitive.

Part of what makes each individual language so rich and distinctive is its collection of cultural idioms, colloquialisms, and expressions. Because they are rooted so historically in their own particular culture, these words and phrases hardly ever translate well to other languages using SMT. Aside from creating a great deal of confusion if translated incorrectly, they can come across as downright insulting and offensive. Google Translate struggles so infamously with these important parts of language that there are entire websites dedicated to the sometimes humorously inaccurate translations it produces.

The translations are not proofed by reputable translators.

Because Google Translate prides itself on instant results, there is absolutely no proof reading done when it translates text. Users simply enter the text into a text box and the words are translated instantaneously. While this seems extremely convenient and efficient, keep in mind that an instant result does not equate an accurate one when it comes to translation.

There is zero accountability.

Probably the most troubling issue with Google Translate is that it has no accountability to its users. If it translates something inaccurately, it is under no obligation to resolve the problem. Even most disturbing is the fact that Google Translate offers no protection in terms of privacy and security. Any sensitive information you type into the translation text box is collected by Google and can even be used to find your current location. Working with a reputable translation service that is bound by a confidentiality agreement is the only way to avoid any threats to your privacy.

It does not format.

While having a translation service format your translated words to fit into your layout may not seem like it’s that important, consider the frustration you felt the last time you visited a website with sloppy formatting. Formats and templates assure that text looks good and words flow properly; having chunks of text just copied and pasted interrupts this flow and makes things hard to read and looks very unprofessional. This can be prevented very easily by partnering with a translation company that offers typesetting services.