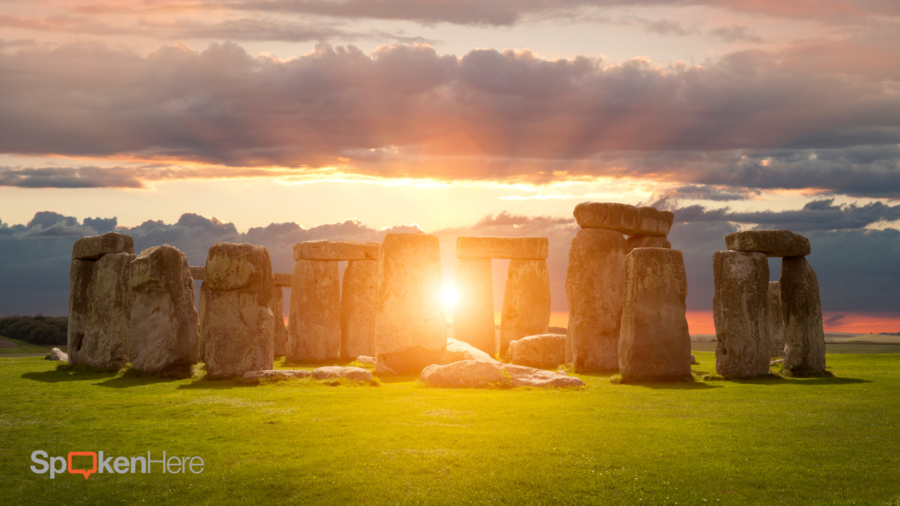 By the time June rolls around, the warmer weather and sunshine are a welcome sign that summer has arrived. The first official day of summer happens each year on the Summer Solstice.

This year, the Northern Hemisphere will celebrate the summer solstice on June 20, 2021 – the longest day of our calendar year. And while the defining aspect of the summer solstice is simply the length of daylight hours, this day has carried cultural significance around the world for centuries. Many cultures around the world still recognize and commemorate the solstice – who knows, maybe even one of your multicultural team members or clients participates in one of the many global celebrations.

The word solstice derives from the Latin words sol, for sun, and stare or sistere, meaning to stand or stop. Traditional celebrations centered on the summer solstice can be traced back thousands of years. In ancient Greece, it was thought to mark the start of the new year and begin the month-long countdown to the Olympic Games. It’s believed that the Greeks also held the festival of Kronia, to honor the patron God of agriculture, Cronus, on the summer solstice. 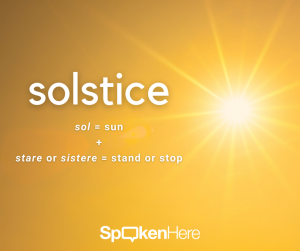 Perhaps the most famous summer solstice celebration is held in the midst of the mysterious boulder formations of Stonehenge. Visitors flock to this site, which is believed to be the site where ancient druids celebrated the solstice. The lucky visitors of this celebration are allowed a one-day access to the prehistoric stone circle to watch the sunrise over its Heel Stone. As popularity for this celebration has grown, thousands of people have been known to camp out days in advance while donning traditional Celtic attire.

Just 140 miles south of the Arctic Circle in Fairbanks, Alaska, folks know how to celebrate the summer solstice. Their summer solstice festival is focused on celebrating the ‘midnight sun.’ Part of the festivities includes a Midnight Sun Baseball Game that kicks off at 10:30 p.m. and pauses close to midnight for the singing of the Alaska Flag Song.

Ottawa’s three-day Summer Solstice Indigenous Festival is a celebration of the longest day of the year as well as Canada’s Indigenous People’s Day. It’s a great place to learn about the First Nations’ culture and heritage. The area was the traditional territory of the Algonquin people before Queen Victoria declared Ottawa to be Canada’s capital. During the festival, there’s food made by celebrated indigenous chefs, traditional costumes, and cultural events including a traditional Pow Wow.

Iceland’s Secret Solstice Festival isn’t much of a secret. It’s celebrated with three days of eclectic music performances, which typically include local musicians along with some of the biggest names in the music industry. Iceland’s tradition of celebrating the solstice traces back to the Norse people who believed in natural symbolism and saw the solstice as a time of celebration. 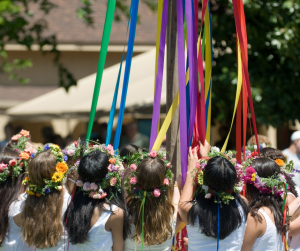 The summer solstice in Sweden, called Midsommar by Swedes, is celebrated throughout the country, and with special enthusiasm in the Swedish capital of Stockholm. The activities at Midsommar celebrations include decorating Maypoles and performing traditional dances. Tradition states that if you place seven types of flowers under your pillow at Midsommer, you will dream of your spouse.

The southern Austrian tradition of lighting bonfires on mountaintops to celebrate the summer solstice goes back to the Middle Ages, when they thought the flames warded off bad spirits. Since then, people in the region of Tyrol have built massive bonfires on top of many of the mountains. They then light them as the sky goes dark on the longest day of the year.

After a long and dark winter, Russians especially look forward to longer days with sunshine. They are so happy to welcome the summer solstice that their celebrations last for two months straight!

In Saint Petersburg, the annual White Nights (in Russian) festival celebrating the solstice usually starts in May and wraps up in July. Past White Nights events have included classical ballet and opera performances, the Scarlet Sails celebration, carnivals, and music performances headlined by performers as big as the Rolling Stones and Sir Paul McCartney.

In Croatia, they celebrate the summer solstice with a combination of ancient traditions and modern science. In a unique combination, this festival celebrates the scientific study of the skies with the spiritual during their all-night Astrofest, held near the famous observatory in Višnjan. The celebrations include an evening full of observatory tours, stargazing, bonfires, and digeridoo-filled live music. If you visit, prepare for a long night as Astrofest begins by seeing off the sun at sunset and ends with watching the sunrise the next day.

The Jāņi Festival is another summer solstice celebration dating back to the Middle Ages. It’s celebrated by creating floral wreaths, heading out into nature, lighting bonfires, performing traditional songs and dances, drinking beer, and eating Jāņi cheese (a sour cheese made with caraway seeds). The focus is on celebrating nature and the changing of seasons.

A Great Time to Learn About Different Cultures and Traditions

There is a wide range, many more than we could include here, of worldwide celebrations to honor the summer solstice. If you missed it, we posted about worldwide winter celebrations in a past blog that is worth checking out.

Taking time to learn about worldwide holidays is a great way to learn about new cultures and gain a better understanding of people. Better yet, your newfound knowledge could also help improve the relationships with the diverse group of people you interact with every day. That’s what we’re all about, building better relationships.

Your multicultural team members and clients are sure to appreciate it when you recognize a holiday unique to their culture or say thank you in their native language. And when you need to say more than just a few words, contact the SpokenHere team of Interpreters and Translators to help make meaningful connections.