The SpokenHere Journey to Better Relationships 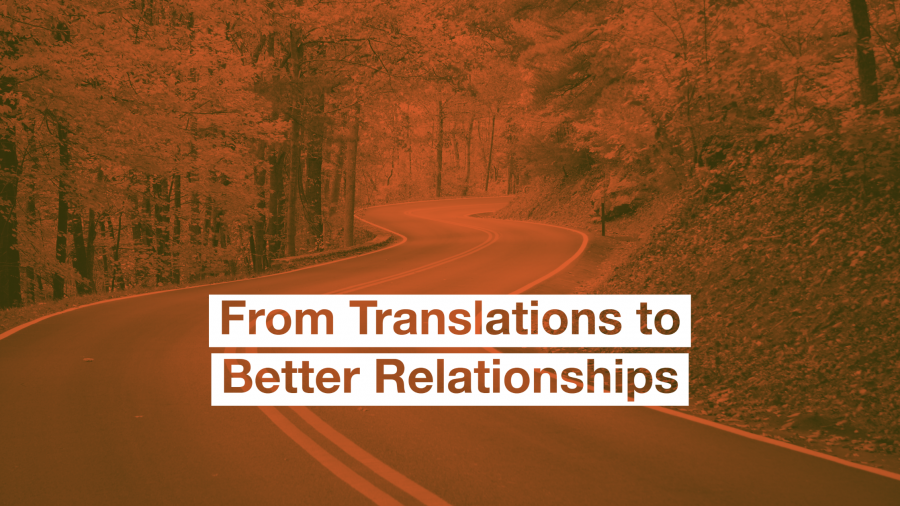 Ten years in the making: Bobby Lahiere’s reflection on the SpokenHere journey

It’s pretty hard to believe that we are about to celebrate SpokenHere’s 10-year anniversary as a business. Looking back on the journey of SpokenHere as a company and my own evolution as an entrepreneur, there is a particular moment that stands out where I had a major epiphany – an “Ah ha!” moment.

And so down the rabbit hole we went. Where we eventually landed fundamentally changed how I thought about SpokenHere and our mission. It all started out with, “We sell translations,” and that work is important because being understood is what matters. No great relationship, whether between friends, spouses or a company and its customers and employees, is possible without great communication. We feel differences in language should not stand in the way of building better relationships, and that is what really lies at the heart of what we strive to achieve every day.

A lot of what you see today from SpokenHere was born from that “Ah ha!” moment. 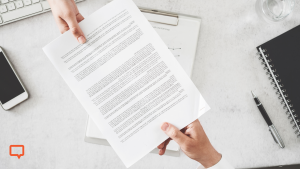 SpokenHere’s “origin story” really starts with my love for languages.

I was very curious about everything growing up. I still am, maybe even more so today. I have a natural curiosity that is almost insatiable. Three subjects I’ve been very interested in my whole life are history, geography and people. One period of history that I’ve always been particularly intrigued by is World War II.

I went to a private school for seventh through twelfth grades, and before we moved up to ninth grade, our school administration gave all of 8th grade students an “artificial language” test to assess our aptitude for learning languages. If we scored above a certain level, we could choose whatever language we wanted to take in ninth grade, Spanish, French or German), instead of having to start with Latin. I scored above the threshold, so they gave me free rein to choose whatever language I wanted to take.

One of the things I should mention at this point, is that I have always prided myself as the salmon that swims downstream. I’ve always kind of gone against the current; you know, I never wanted to be like everybody else. So when deciding what language to study from the options my school offered, I had no interest in Spanish (everyone chose Spanish). There’s a history of French in my family – my grandparents were French immigrants. While I didn’t grow up learning French, I thought, well, I could always learn French from my aunt if I wanted to. Then there was German.

German really appealed to me!

It was different, no one I knew anywhere at the time even had the opportunity to learn something as “exotic” as German (it’s not exotic, of course, but it did satisfy my urge to be different). It also dovetailed quite nicely with my huge interest in World War II history. So I signed up for German, and I instantly fell in love with it.

My German teacher in high school, Mr. Pactor, actually became a mentor to me, and I still keep in touch with him to this day. He helped bring out and nurture my love of languages. It was a love and a talent that I just didn’t know I had until I started that first German class in ninth grade. When I think back on the results of that language aptitude test,  getting to choose to study German was a seminal event for me – it changed my entire life’s trajectory.

Change Was in the Air

After graduating from college, I knew I wanted to continue to do something with languages, but I had no idea what options I had. I ended up finding a small translation company. When I met the founder, we hit it off right away and started working together. That grew into a 19-year long partnership that came to an end in 2010.

In January 2011, I had a big kick in the pants. For the first time in my career I found myself with no partner, no company, no income, nothing. I made the decision then to not look back and charge ahead on my own using the knowledge and relationships I had built in those 19 years. Except this time it would be my own translation company. I would succeed or fail on my own terms.

A sudden flurry of activity

I had to come up with a company name, tagline, and logo, then threw together a website all within a few days. Next I began to contact a lot of the clients (and translators) I had worked with in the previous company to take advantage of the relationships I had cultivated over the years. Many of those clients were more than happy to continue working with me in this new endeavor. That was really the spark that SpokenHere needed. January 31st, 2011, was the day SpokenHere was officially born, and now we’re coming up on our tenth anniversary.

Suddenly in the role of a new entrepreneur, I had to hustle to get things off the ground with no initial revenue. In those early months, my main sales rep. from the old company, who also happened to be a very dear friend (remember, relationships matter!), offered to come work with me in the new company for five months with no salary. I immediately said that I couldn’t do that. She insisted, saying, “I believe in what you’re doing, and I trust you.” Well, who could argue with that? So she came and worked the first five months for no pay. (But I made sure she ended up getting repaid handsomely over time.)

Evolving into a Leader for SpokenHere

Fast forward to about three years later. With a lot of hard work and the addition of some extremely dedicated team members, SpokenHere had gone from $0 to over $1 million in revenue.

This point in time is where my personal development as a leader becomes a huge piece of the SpokenHere story. As a small business owner, you learn a lot as the company grows. I think it’s the classic dilemma for entrepreneurs, right? They have a great idea. They are passionate about it, and they know they can make some money at it. So, they start a company, and they’re doing everything themselves.

It’s hard to give up certain pieces of the work; it’s hard to delegate. It’s hard because it’s your baby, and you know nobody’s going to do it better than you can.  What I learned as my company grew is that learning how to delegate makes me a better leader. As long as I’ve done a good job of putting the right people in the right seats on our bus, I can step back and those people can continue to flourish and grow. It took me a while to figure out how to let go of that need to control everything, but now I do it regularly.

Among the other big lessons I’ve learned is that money isn’t the biggest motivator. Obviously money has its role, but I think accountability and ownership are much more meaningful. When I give my team members ownership over what they are doing and the autonomy to be able to make it happen, they feel like they’re contributing and working to accomplish something important. Eventually, I want to get this company to a point where it can run without me.  I can’t scale myself no matter how good I am and no matter how much I can do. If I want SpokenHere to grow as a company, I can’t oversee everything. Yes, I could keep this business where it is now and continue to be comfortable, but I have a bigger vision.

Now to circle back to my “Ah ha!” moment and what is different at SpokenHere’s 10th birthday. You know, that day while sipping coffee and answering the same question of “Why is that important?” over and over, it dawned on me that we needed to start approaching how we deliver and sell our services more from our why, instead of the what. That was a big shift in our thinking. It impacts how we interact with each other internally and how we serve our clients. That simple exercise had a profound effect on the direction of SpokenHere and our brand.

We’ve grown from “We sell translations” to “We apply our expertise in foreign languages to help your business build better relationships with the people it values most”. You can see throughout our new website and elsewhere that our business and brand has evolved to reflect that value. Our love for languages and building those relationships shines through in everything we do, and of that we are most proud. 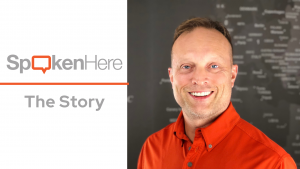